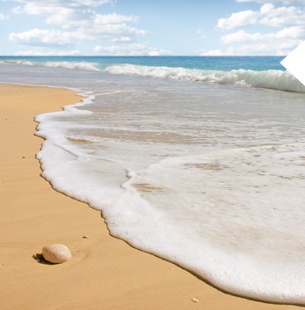 The saltworks of Aigues-Mortes are part of the heritage of the Camargue. Like the Eiffel Tower for Paris or the Film Festival for Cannes, the salt flats are known worldwide and recognized for the quality of their fleur de sel (flower of salt). What exactly do you know about these farms which are located a few hectometers from the hotel “Les 4 vents” located in Aigues-Mortes? A quick overview.

In Aigues-Mortes, where the hotel “Les 4 Vents” is located, the exploitation of salt is an economic activity that dates back to antiquity. It was a Roman engineer, Peccius, who carried out the first activity of the saltworks. Over the centuries, the activity will be perpetuated under the reigns of Philippe III, said the Bold and Philippe IV, said the Beautiful. It was at this point that Aigues-Mortes was adorned with its walls Since December 22, 1995, the salt works have been included in the general inventory of cultural heritage, both for the production site and for the administrative and housing buildings.

If you wish to attend stages of production, it is during the summer season that you must book a stay at the hotel “Les 4 Vents” in Aigues-Mortes. Because the maximum production activity takes place in the summer. In fact, there is maximum sunlight, which allows water to evaporate and salt to crystallize under the combined action of sun and wind. It is then in five consecutive types of basins that the operation of the salt works. The first basins collect the pumped seawater, then the water circulates from basin to basin, its salinity rate increasing. It is in the last basins, the “salt tables” that the salt is collected: the salinity rate then reaches 9.7 ounces of salt per liter of water.

It is then possible for the customers of the hotel “Les 4 Vents” in Aigues-Mortes to obtain the famous fleur de sel from the salins, sold as is or topped with peppers, herbs. Provence, or other spices. In addition, the products of the salins of Aigues Mortes are sold under two trademarks: “La Baleine”, “Le Saunier de Camargue”. It is therefore easy to buy fine salt, coarse salt and fleur de sel.

Do not wait any longer! Book a stay at the hotel “Les 4 Vents”!